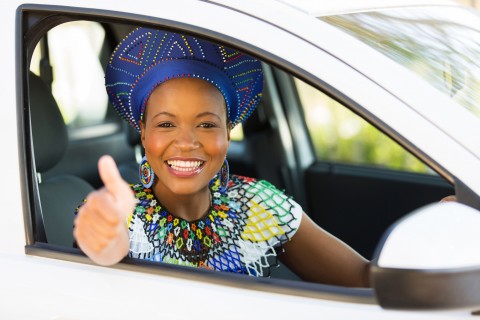 No question traffic, is a major aggravator in TnT, and dealing with it plus pot-holes and floods has many of us on edge. Just the slightest thing can result in road rage.

One day, heading North on the Uriah Butler, I was stuck behind a slow driver in the middle lane, but the right lane was slowly but steadily moving faster. I wanted to switch lanes but there was almost no break big enough for me to safely squeeze in. Then I saw an opportunity.

It was a bit tight, but I trusted the driver behind the approaching space would allow me in. So I put on my indicator and made my move.

Well. Who tell me do dat?

The driver did exactly the opposite of allowing me in; instead he sped up to stop me from getting in which resulted in him being almost in my back seat; of course blowing his horn to express his outrage. Well, I pulled back into the middle lane as soon as I could to allow this guy to pass, but he was now focussed on teaching me a lesson. He drew alongside, rolled down the side window and proceeded to cuss me, and when he got no reaction, he accelerated and moved into my lane and hit the brakes so that I had to do the same to avoid ramming into him. Luckily we didn't cause an accident.

Now I'll concede I may have mis-judged the gap, or my lane-switching skills maybe weak, but if you see someone that is trying to change into your lane, what do you do? Let them in or speed up to stop them?
You'll encounter all sorts of people on the road, one driver will let you in, another will speed up to block you. After being let in, one driver will wave, or bop his horn in thanks, while another will accept your generosity without acknowledgment; almost like you had to do it.
At the end, you get to choose the kind of driver you are on the road. Are you the driver trying to get their first, speeding up to within an inch of the car in front to get them to move, or to block the car in the adjacent lane from merging into yours? Or are you the person who lets someone in, and waves thank you when the favour is returned?
The minutes you save by racing to close every gap in front of you comes at a cost. Not only in the accidents and lost lives that could result, but also in the frustration, and rage you generate among the drivers you leave in your wake.
This week I hope you choose to be courteous on the road, and to not take the bait when you get a bad drive. Just let it go: that person might actually have just made an error in judgment, or really has an emergency. Give them the benefit of the doubt. In a country where so many things frustrate, the least you can do is not be one of them.
Tweet
Fear not the critic
Who wants more responsibility?

More posts from author
Thursday, 19 November 2020 What does it mean to be a Manly Man?
Tuesday, 11 August 2020 How to cope if your party lost
Monday, 30 December 2019 Congratulations to our Solera Lime Hamper Winner