The one thing to manage when the going gets tough 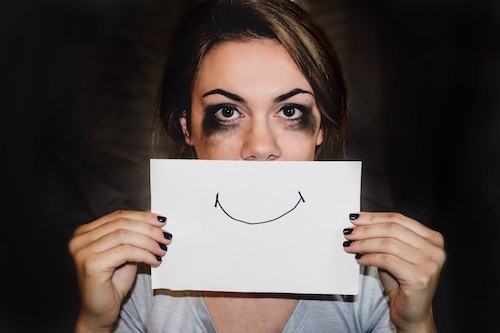 Throughout history, people have overcome incredible hardship and overwhelming odds. Churchill, Gandhi, Luther King, Mandela, and Malala come easily to mind. It's easy to attribute their success to something rare and superior to the rest of us, but that would be a mistake. You can prevail as well, but only if you manage this one thing:

No matter the situation or time of day we're always in a mood. We describe our mood as happy, angry, elated, purposeful, despairing, hopeful, apathetic .

When I wake up in the morning, love, And the sunlight hurts my eyes,

And something without warning, love, Bears heavy on my mind

Just yesterday, I had a similar experience. I woke up and found myself in a dark place. I was in a mood of overwhelm and doubt. I had too much on my plate, and I doubted myself and where to begin.

Perhaps you've been there.

If you're like me, you haven't shared these feeling with anyone, except possibly your partner if you're lucky enough to have one. But you do telegraph how you feel even if you don't explicitly tell anyone.

You walk around with an attitude that reflects your mood. Your body and facial expressions project depression, frustration, anxiety, fear, irritation, anger . and they affect everyone around you, especially when you are in a position of power.

This is why it's true that the mood of a team, a department, even a company is shaped by the mood of the leader.

Your mood manifests what it reflects

The irony is that moods perpetuate the situation that cause them. Like violence begets violence, bad moods infect others with bad moods. The good news is that good moods do the same.

Your mood determines your capacity to act

More importantly, your mood either closes you down to possibility, creativity, and action or opens you up to them.

No one gets out of tough situations in a mood of despair.

No one solves problems in moods of cynicism or resignation.

This means you must manage the mood you're in, to win at whatever game you're playing. 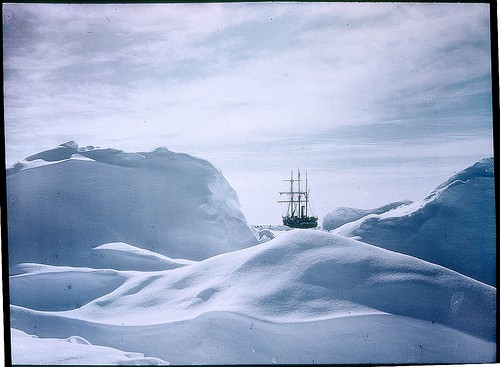 This is why one of the greatest leaders of the last century, Sir Ernest Shackleton took great care to manage the mood of the men he led.

At the beginning of the 20th century when it was normal to lose one, two or more men per Antarctic expedition, Shackleton lost none of his 28 men in his quest to be the first to traverse Antarctica. That expedition became one of the most famous failures of the twentieth century because he and his men survived our planet's harshest climatic conditions, most dangerous seas and ocean-going predators to safely return home almost two years after they were thought dead.

Shackleton was able to lead his men safely back home with a healthy dose of luck, courage and sound decision, but most importantly because he kept their spirits high. He was constantly vigilant against moods of despair, doubt, and resignation. 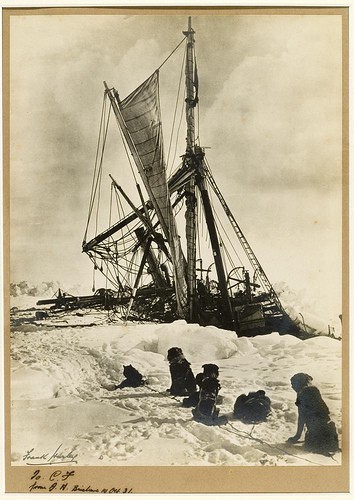 How effectively Shackleton managed the mood of his men is evident in the story of when he instructed his men to abandon the Endurance, their ship that had been encased in ice, "like an almond in a chocolate bar".

As the pressure of the ice slowly buckled the ship and the timber of the great vessel audibly groaned to their breaking point, Shackleton told his men to take only the bare necessities and leave everything else. Nothing that wasn't directly related to their survival was to be taken off. Money, for example, was to be left on the ship.

One crew member, the sole violinist on the ship who often led the men in song and dance recounted how Shackleton handed him his violin as he was departing the ship saying "I thought you might need this." The man couldn't imagine how his violin was necessary to their survival, but Shackleton did. He knew it was just as important as food and water because the violin could lift their spirits when they needed it most, and he knew there would be many despairing times ahead.

Yesterday, my mood of doubt and fear passed as suddenly as it occurred. I simply got down to the business of sorting through my task mountain while listening to an online course, and somehow without any conscious attempt to navigate out of my negative mood, I found myself in a good one.

Blue skies appeared of their own accord.

Which is why I think the weather is a great metaphor for mood.

Sunny moods can suddenly change and vice versa. But this doesn't mean we have no control.

Think of yourself at sea, where you can navigate out of bad weather. A Captain can see bad weather up ahead, or on her radar and can take evasive action. If bad weather comes upon her suddenly, she can also plot the quickest path out.

Even if she can't, she knows that it will pass and that gives her the confidence to weather the storm.

You can take a passive approach to or you can steer and prepare to mitigate its worst effects. You can do the same with your moods by changing the way you look at things, exercising, dancing, singing, or talking to someone who lifts you up.

Notice what affects your mood, or is likely to trigger a mood swing and manage it. Bill Withers offered a lovely tip about how to create a lovely day.

Then I look at you, And the world's alright with me,

Just one look at you, And I know it's gonna be,

Tweet
How a calculator can help you solve for stress and...
Do you give confronting feedback?

Peter Anthony is a Trini.  He's lived outside for many years but remains deeply connected to TnT.  His mission is help people realize that our search for meaning and happiness begins and ends with deepening our connection to each other and this amazing planet we call home.

While he often reposts from his own blog, he also writes here about relevant specific topics to Trinidad and Tobago.

More posts from author
Friday, 26 April 2019 How a calculator can help you solve for stress and low productivity
Wednesday, 24 April 2019 Do you give confronting feedback?